One of the best replies to my asking for input to issues facing the Midwest Division came from NR0R.

If you want to focus on issues related to Ham Radio, be careful what you ask for.

I'm about to do just that.

As you know, the FCC is about to rule on an NPRM that is likely to take the 3GHz spectrum away from Amateur Radio.

As you also know, the FCC has an NPRM that is proposing new fees on Amateur Radio.

Some may know, but many probably do not know that both of these proposed rules have resulted from Congressional actions that the FCC has been forced by new Law to respond to.

The ARRL has a history of working with the FCC on rulemaking, and many who work at the FCC are indeed Amateur Radio operators.  That helps us clearly.

However, the FCC must follow the Laws passed by Congress.  When Congress attacks Amateur Radio, WHAT DOES THE ARRL DO?    (Answer:  Nothing)

The ARRL likes to claim that they are a lobbying organization that protects Amateur Radio Spectrum.  Do they?

There is a very old axiom that is still true today.

"Don't tell me what you believe in.

Show me your budget!

Then I will be able to TELL YOU what you believe in."

I encourage you to examine the publicly available ARRL budget documents over the past several years.

All of the above is background, but my questions to you are the following:

Q1:  How much money has the ARRL budgeted and expended for Lobbying Congress?

Q2:  If that number is less than a fraction of 1 percent of the overall ARRL budget, why should ARRL members believe that the ARRL organization cares about maintaining spectrum?

A2.  Because, off budget, there's the Spectrum Defense Fund.

Q3:  Why should anyone vote for someone that has approved budgets that all but completely ignore the root problems of protecting our spectrum, without which there is no such thing as Amateur Radio?

A3.  Good question.  I'm running for Vice Director.  I have approved no budgets and, likely, won't be voting to approve it.  That's the director's job.  Ask him.

From experience, I have worked in government to develop my own department budget.  However, when the fiscal year started, I was responsible for the budget I was given, not the one I asked to get.

Q4:  Does the ARRL have a coordinated action plan for Amateurs to lobby Congress when important bills are being debated?

A4.  Yes ... when important bills are addressed.  PRB-1 was  one example.  When one understands the Legislative process, one understands the mine field Congress lays out.  Do you want a new bridge in your district?  Vote for my pork.  The recent budget bills were designed to find ways to save money.  Charge for the license.  Could you have seen that coming?  I could have but once it's done, it's done when the President signs.

I have been involved in the Legislative process in government.  It's important you know who to call and what to say.

Q5:  Does the ARRL publish voting records of members of congress on bills that are important to the Amateur Radio community?

A5.  If I am elected, I will recommend we do that.  Where would you like to start?  The budget items have caused us to lose one microwave and a second assignments after the first of the year..

Q6:  Does the ARRL encourage hams to attend their respective members of Congress town hall meetings?

A6.  I do and I call my Congressmen and Senators.  I don't wait for them to come to me.  It also works at the State House and at City Hall.

Q7:  Does the ARRL offer suggested questions to ask their respective members of Congress at their local town hall meetings?

A7.  The directors have suggested verbiage for you to use in writing your reply to the Notice of Proposed Rulemaking for the $50 license fee.  I wrote my own without League input.

A8.  Maybe the League thinks the membership can think at the local level?  I know a few clubs have, among themselves, drafted comments to the NPRM.

Q9:  Why should a ham pay membership dues to an organization if they do not do the simple basics needed to protect our spectrum?

A9.  Because it's not just about spectrum protection.  Page 14 of QST lists other benefits for amateur radio.  The recent NPRM is an issue the League has encouraged you to address.  Other benefits include your Section leadership.  The equipment insurance is a value.  The Technical Assistance program, Volunteer Examiner program, the Amateur Radio Emergency Service program each, in their own right, add value to this hobby.

It's more than QST as well.  The membership on the app gives you three other quality publications.

A10.  I have offered areas in which the League can change the way it does business and add even more value to the BEST HOBBY on the Planet.  Those have already been submitted.

There you have it.

Like I said.  Be careful what you ask for.

Mark brings a lot of issues to the table.  I like these kind of replies.  Most of the other items include the current NPRM, one microwave loss (and another likely next year), the rollout of ARES updates and other IT problems (I can Google a question faster than I can get ARRL.ORG to give the reply), lack of support for ARES and other Field assignments, as well as Rfinder, RepeaterBook, and ArtsciPUB repeater directory issues all are items to address after the first of the year.

Keep the questions coming.  Even, if I'm not elected, the Division will be aware of what you are thinking.  If you are not a member, join NOW.

Keep the questions coming.  Even, if I'm not elected, the Division will be aware of what you are thinking.  If you are not a member, join NOW.

US Mail is the Only Way to Vote in #ARRL Division Elections buff.ly/3mTww6M

If you do not receive your ballot by October 16, contact Carla Pereira, KC1HSX, at cpereira@arrl.org. Completed ballots are due back at ARRL Headquarters no later than noon Eastern Time on Friday, November 20, 2020.

Thank you for your vote for Midwest Division Vice Director. 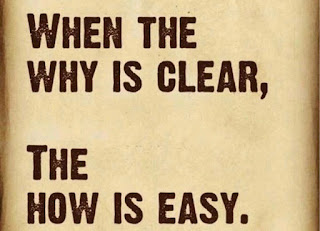 Thanks to local clubs #ARRL #hamradio

Without local clubs, ham radio would not be as well known.  Each day, I get emails from media about what local clubs are doing during Covid.  Virtual meetings, social distanced meetings, even breakfasts under the guidelines offered by the Centers for Disease Control.

Thank you to the large and small clubs,, like Johnson County in Kansas and Story County in Iowa just to name a few who offered club meeting time virtually.  Thanks to the nets and repeaters in the four states on VOIP modes who visited about the most important issues facing ham radio.

I appreciate the local club.  As a member of the board of the Wichita Amateur Radio Club and as a past officer of a number of clubs, I value each and every member that supports their local club, as well as the ONLY National Organization representing ham radio in the global arena.

Thanks for local clubs and members talking to me in AllStar, EchoLink, and Hamshack Hotline for the conversation about the best hobby on the planet

Thank you for your vote.  Call or text 234564ARRL and let me know what is important to you.  Leave your comments here also. 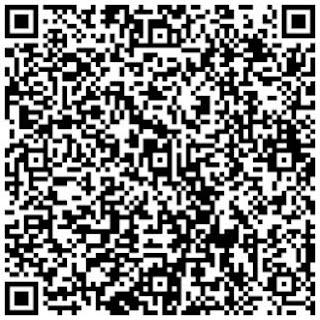 Track this satellite (Thanks N2YO)

Add this to your site

Give the Gift of Amazon Prime

Shop Amazon - Give the Gift of Amazon Prime